What are you estimating?

The microscopic characteristics of tissue and organs can be quantified using unbiased stereological probes. A probe is a set of virtual shapes that interact with the tissue that is being studied. An event is the interaction of the probe with the characteristic, for instance if a virtual sphere being used as a probe is intersected by a string whose length is being probed, that intersection is the event. Probes have a set of rules that are followed while marking events to avoid bias. First order stereology probes estimate number, length, surface or volume. Second order probes make estimates about the relationships among these characteristics. When choosing a probe you have to decide:

1. Can oriented or preferential sections be used? An oriented section could be horizontal, coronal, sagittal, or any thing in between; it is usually sectioned the way the investigator can ‘read’ the tissue the best. Throughout this site we will use this symbol to show that oriented sections are compatible with the probe and allowed: 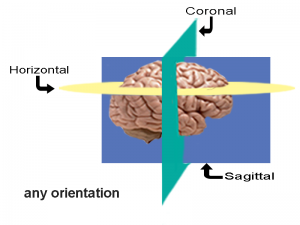 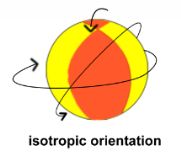